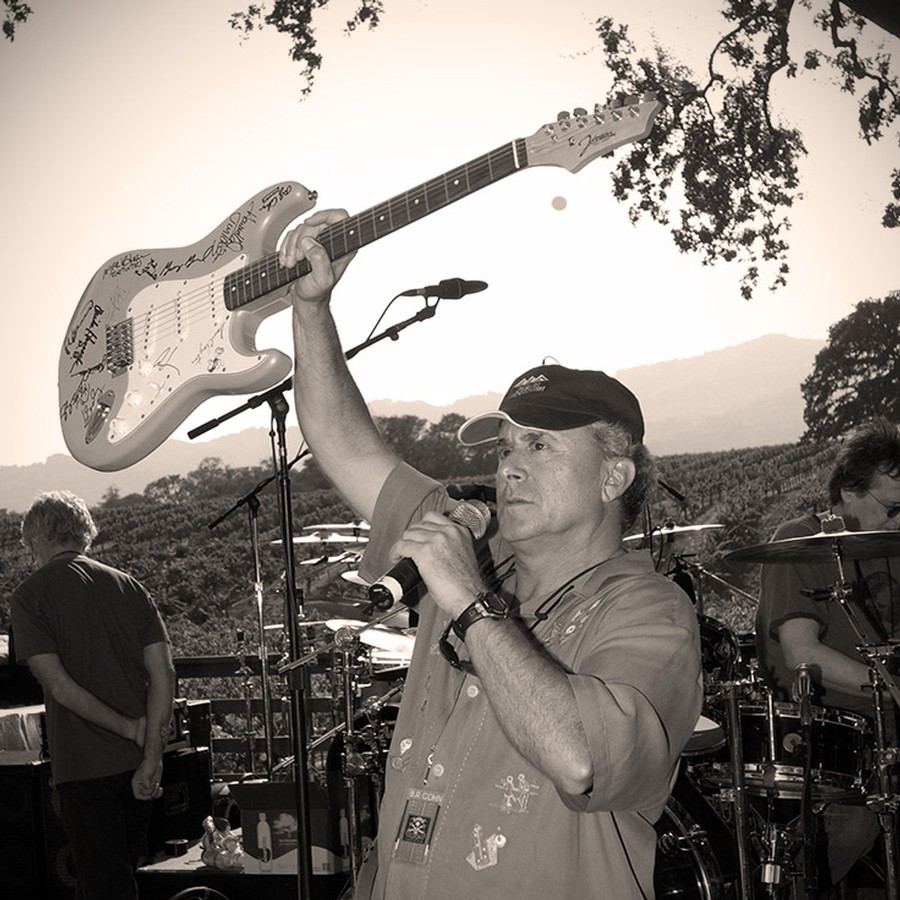 Bruce Cohn is no stranger to the wine country scene and his name is known to both wine and music lovers across the country. The founder of B.R. Cohn Winery in Sonoma Valley, for 42 years Cohn doubled as the manager for musical acts, and his winery was known as much for its classic rock festivals as it was for its estate wines.

At the height of B.R. Cohn’s success, the winery was pumping out more than 80,000 cases of wine a year, mostly due to the winery’s Silver Label Cabernet, which sold by the glass in many major steak houses throughout the country, and in bottle at retailers such as Trader Joe’s.

When Cohn sold B.R. Cohn Winery, he retained a 21-acre portion of his original 90-acre property in Glen Ellen. The 21 acres, where Cohn also resides, is planted to seven acres of Cabernet Sauvignon — some of the same fruit used in previous B.R. Cohn-labeled vintages. And it’s from this sustainably farmed, small estate that Cohn introduces his new label, Trestle Glen Vineyards.

“What I’m going to do is what I should have done in the first place,” said Cohn, adding that he plans to stay boutique, producing less than 2,000 cases annually (approximately 1,500 cases of Cabernet Sauvignon), from only his own vineyards.

Tom Montgomery, who made wine for 20 years alongside Cohn at B.R. Cohn Winery, takes the reins as director of winemaking, and says the transition to the new brand was seamless. “Bruce sold B.R. Cohn and we pretty much dove right in,” Montgomery said. “We’re doing the same thing…the focus is still on making good Cabernet.”

Currently, the wine is produced and ages in barrel at Kunde Family Winery in the nearby town of Kenwood, California.

Cohn’s Trestle Glen Vineyards property takes its name from the many old train trestles remaining from the narrow-gauge railroad that ran from the city of Sonoma to Santa Rosa along Sonoma Creek in the late 1800s. Cohn’s property, which borders Sonoma Creek, has one such trestle running through it.

Always the artist, having designed album covers and marketing materials during his time as manager to musical acts, Cohn said that he made it a point in creating his new brand’s label to feature the train trestle. He passed his initial concept along to Trevor Swallow, former graphic designer for B.R. Cohn Winery, and the two worked together with designer Doug Stephens to refine and finalize the artwork: a 19th-century-style, sepia-toned drawing of a train hauling wine barrels.

Cohn said Trestle Glen Vineyards will sell exclusively direct-to-consumer. “Well, maybe one or two local restaurants or shops,” he added. Cohn plans to use social media, namely Instagram and Facebook, to get the word out about his new line of wines and connect with his customers. He’s also utilizing the mailing list he accumulated from his years of entertaining at the B.R. Cohn estate winery. According to Cohn, the first blast went out this week to 14,000 email addresses.

The 2017 Cabernet, which will retail at about $70 dollars per bottle, is currently in barrel but is available for purchase at a discount as a future. “You’ll have to trust us,” said Cohn, “If you liked the wines from B.R. Cohn, then you’ll like these. Same grapes, same barrel methods.” When asked about his goals for his new wine project, Cohn simply said: “My mission statement or goals are and always have been to be involved in creating world class wines…and producing the very best quality in everything I involve myself in.”

Commenting has been turned off.